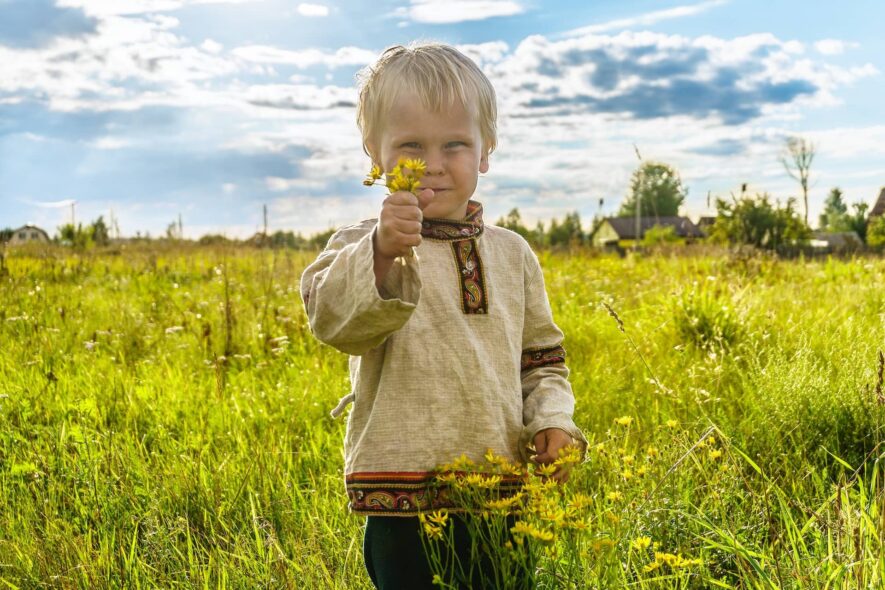 Russian holidays and non-working days in 2022 and the appropriate well-wishes in Russian for each celebration.

Therefore, Orthodox Christmas is still celebrated on 25 December according to the Julian calendar, but elsewhere in Europe, it is already 7 January by that time. Orthodox Christmas primarily has religious significance in Russia and it is common for Orthodox Christians to fast for 40 days before Christmas. Attending a church service, especially the night vigil, is very popular. However, there is no equivalent to Santa Claus delivering Christmas presents.

Another important holiday in Russia is the New Year. The pagan ancestors of today’s Russians celebrated the start of the new year during Koliada, the Slavic winter solstice festival, celebrating the victory of light over darkness. The festivities lasted for 12 days, rituals were conducted by 12 priests, and the future was told using 12 grain sheaves and water taken from 12 wells. These days Russians celebrate the New Year twice: on 1 January, according to the Gregorian calendar, and on 14 January, according to the old Julian calendar. Since the new calendar was adopted over 100 years ago, the old tradition is starting to fade and New Year’s is mainly celebrated on 1 January along with the rest of the Western world.

During New Year’s Day, Father Frost or Ded Moroz delivers presents to the children, adults enjoy the Sovetskoye Shampanskoye sparkling wine, and potato salad, also known as Olivier salad after a famous Belgian chef, is served at the dinner table. Thanks to the use of two calendars, Russian people have an extra-long holiday season: from the Western Christmas on 25 December to Orthodox New Year on 14 January. Even though the latter is no longer celebrated as much, Christmas movies are still shown on TV.

Easter is a movable holiday in Russia. It always coincides with the first Sunday after the first ecclesiastical full moon. A 40-day fast also precedes Easter. Just like Christmas, Easter in Russia is celebrated according to the Julian calendar. Although Orthodox Easter is an important religious tradition, it is not a public holiday in Russia, thus most businesses follow regular opening hours.

In addition to Orthodox holidays, secular holidays are also important, these include, for example, the following public holidays: Women’s Day, May Day and Victory Day. Since Women’s Day is a non-working holiday in Russia, it is celebrated on the previous day at work: all women are gifted flowers and, during the lunch break, cake and sparking wine are served.

If a public holiday falls on a weekend, it will be observed on the previous or following working day. If there is one day between a holiday and the weekend, this is usually given as a day off. Holidays and observances celebrated in Russia in 2022 together with the corresponding Russian-language holiday greetings and well-wishes are listed below. Public holidays are marked in red and other important observances in black.

Христос воскрес! [hristos voskres] – Christ is risen! – and the response is